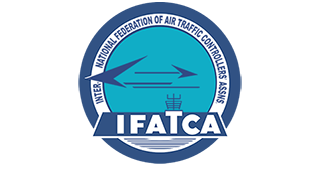 The International Federation of Air Traffic Controllers’ Associations (IFATCA) strongly condemns the Russian prosecutors’ decision to charge air traffic controllers with “causing multiple deaths through negligence by breaching air safety rules”, following the accident of October 20 at Moscow’s Vnukovo airport and before the official investigation on the causes of this tragic event.

This decision does not respect the International Civil Aviation Organisation (ICAO) requirement for accident investigation to establish factual causes, with the aim to prevent future occurrences. As the accident is still under investigation with no formal conclusions at this stage, it is shocking to see controllers publicly identified and already being charged with criminal offense. In a factual statement issued by the Interstate Aviation Committee (MAK) on the 24th of October the sequence of events described do not indicate any form of criminal negligence by the Air Traffic Control staff on duty.

ICAO requires that Russia, along with all States, establish a blame free reporting system as part of its overall aviation safety management. This can only be effective in conjunction with the concept of a “Just Culture” that promotes a reporting culture whereby pilots and controllers can give details of events, accidents and incidents, knowing that the sole purpose of these reports is to enhance and complete safety information and that these details will not be used for retribution or punishment.

At the 37th Assembly of ICAO in 2010, Russia was one of 170 Nations that resolved to create “Just Culture” in aviation. As the MAK reports indicates that there was no suggestion of intent to do wrong, the decision to prosecute at this time is not consistent with, nor respecting the commitment that Russia made to ICAO.
Further, publicly releasing the names of the persons involved is to be strongly condemned as this exposure is not only unproductive, but it can lead to serious unwarranted discrimination or bias throughout the investigation process.

This situation may create for air traffic controllers a climate of fear as they are working, being afraid that any incident or accident may result in a criminal prosecution. By doing so, prosecutors are impeding an environment that encourages the full disclosure of facts and investigation of critical aviation safety incidents, thus having a detrimental affect on future aviation safety in Russia.